Known as the "Great Imitator", Lyme Disease Can Mimic Symptoms of 100+ Conditions

What Are the Symptoms of "Chronic" Lyme Disease?

Vastly misunderstood, Lyme Disease symptoms mimic those of other diseases making it commonly misdiagnosed as something else.

Symptoms of Lyme Disease are extremely severe and debilitating, leaving sufferers feeling like it has stolen their lives. The Sponaugle Wellness team of doctors has dedicated their lives to understanding and successfully treating Chronic Lyme Disease.

Lyme disease can present a variety of symptoms ranging from a flu-like illness to neurological impairment. A bulls-eye-shaped rash is often a tell-tale sign of Lyme disease, however, some infected people do not develop one at all. In fact, many patients who are diagnosed with Lyme disease do not remember ever being bitten by a tick.

Symptoms of Lyme Disease for those infected often include fever, headache, fatigue, chills, swollen lymph nodes, muscle or joint pain, and other flu-like symptoms. Many suffer notice a bulls-eye-like rash called “erythema migrans” which is a sign of the bacteria multiplying in the bloodstream.

If the Lyme Disease infection is left untreated, Lyme patients may experience a wide range of physical and neurological symptoms including, loss of memory or concentration, depression, speech problems, pain and swelling, cough, facial palsy, and muscle loss, and more. 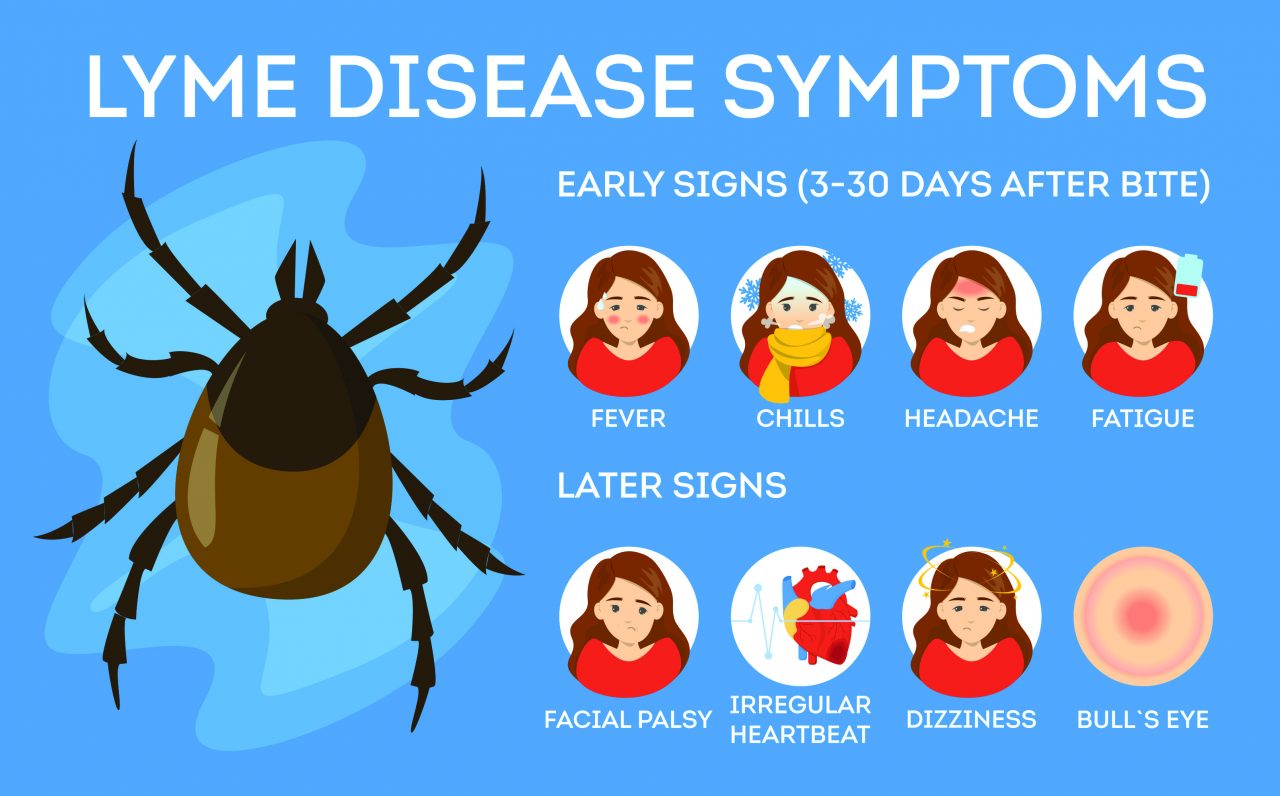 What Happened to the Classic "Bull's-Eye" Rash?

An initial bite from a tick can cause a rash that will appear in three months to a year. While the characteristic "bull's-eye" rash (erythema migrans) is associated with Lyme disease, the rash only appears in an estimated 50% of infected individuals, or it may appear in a different form. If this rash does appear, it will generally wane over a two to a four-week period. 70 percent of all patients who do present with Lyme disease complex never recall such a rash.

What Are the Stages of Lyme Disease?

Lyme disease can be broken down into 3 stages.

Often called the “early localized” stage of Lyme disease, symptoms start a few days to a few weeks after contraction. The symptoms of stage 1 Lyme disease mimic those of the flu making them difficult to link to a bite, especially if the sufferer does not remember being bitten.

Stage 2 of Lyme disease can start weeks to months after the Borrelia burgdorferi enters the system. This phase is known as the “early disseminated stage” of Lyme disease and the symptoms often overlap with those of stage 1.

Stage 2 occurs when Lyme disease is not detected immediately or initial antibiotic treatment does not kill the bacteria in its entirety.

In this stage, the Borrelia burgdorferi has started to invade and multiply within the body. The early disseminated stage of Lyme disease symptoms includes:

Chronic Lyme disease, or stage 3, can affect patients months to years after initial contraction. By this point, the Borrelia burgdorferi has multiplied and infected tissues or organs within the body.

It often creates a biofilm, or protective barrier, around itself making it difficult to penetrate and kill. When multiplying, many patients experience little or no symptoms, leading them to believe the bacteria is no longer within their system.

When symptoms reappear, they often mimic that of other illnesses like arthritis, multiple sclerosis, chronic fatigue syndrome, fibromyalgia, depression, insomnia, and other autoimmune disorders. It is important to mention that patients who have received treatment for Lyme disease may still be at risk. Post-treatment Lyme disease (PTLD) may affect up to 50% of people who receive treatment at stage 1. Stage 3 symptoms are severe and debilitating and can include: 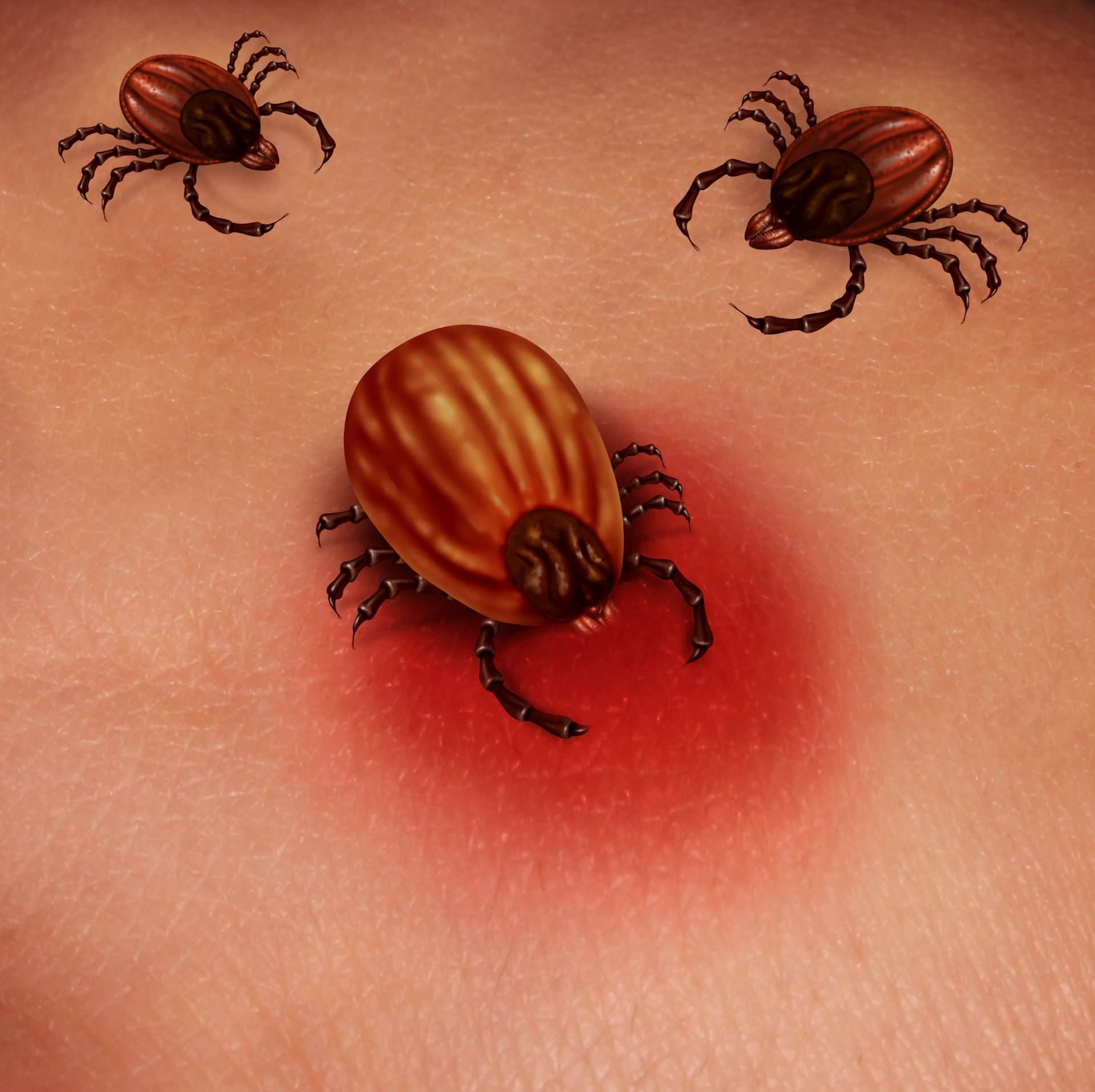 Most Patients Do Not Recall the "Bulls Eye" Rash