Dr. Sponaugle's clinical research has proven that most Parkinson's patients suffer from dopamine deficiencies and reduced dopamine receptivity. Parkinson's Disease is caused by the gradual death of dopaminergic neurons in the Substantia Nigra. These nerves are rich in the neurotransmitter dopamine, and the loss of these nerves means loss of dopamine.

Parkinson's Disease is the most common severe movement disorder in the world. It is the second most common neurodegenerative disorder, the first being Alzheimer's. 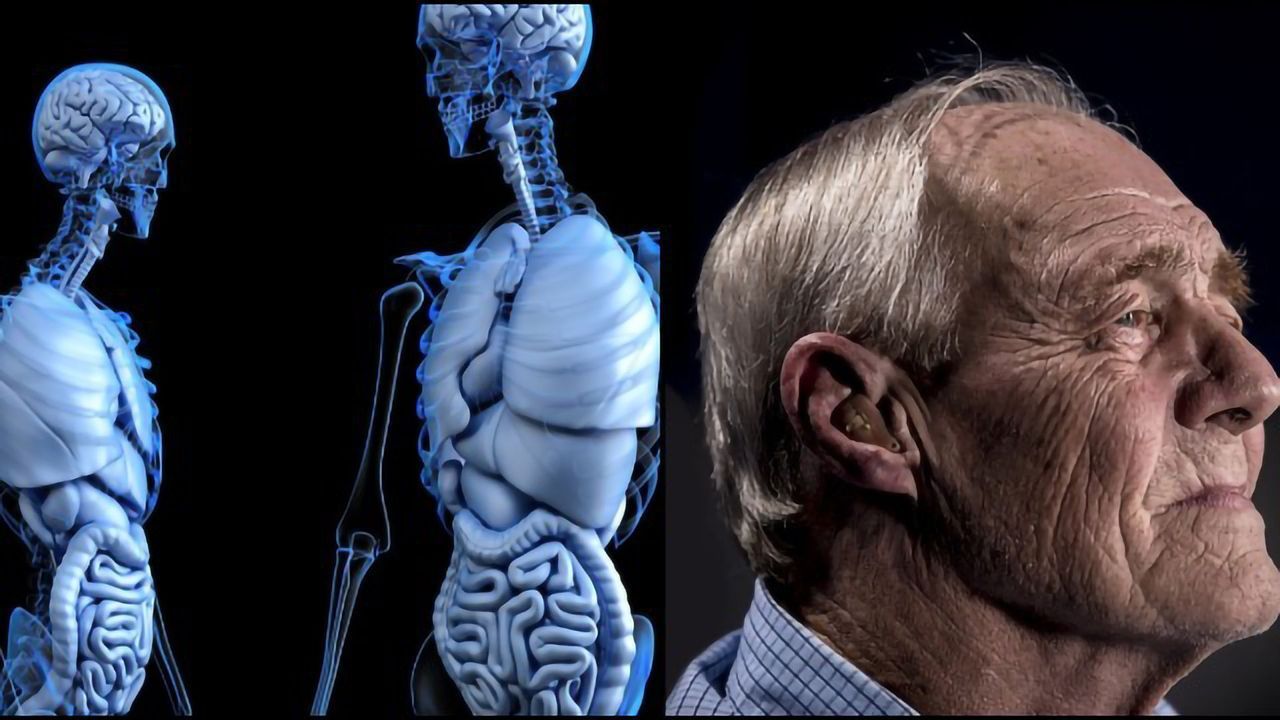 Learn about your treatment options for Parkinson's Disease today. Call a new patient care coordinator at 1-877-736-7180, or schedule a consultation with an integrative wellness physician to learn more about our integrative holistic approach to treating Lyme Disease, Mold Toxicity, & other complex diseases,

The clinic is located at 300 State St E #222, Oldsmar, FL 34677, near the Tampa International Airport (TPA). Environmental-friendly lodging and safe housing are available on-site at the clinic for out-of-state and international patients, as well as select on-site wellness amenities for weekly program patients and their loved ones.

When dopamine receptors undergo a change in their geometric shape, because of toxic insult, dopamine can no longer activate the receptor (the key no longer fits the lock). The disease involves the loss of neurons in the specific area of the brain that controls motor movement, the Substantia Nigra. The Substantia Nigra brain region is the brain's motor region, it is modulated by or "runs on" the neurotransmitter, dopamine.

Howard had Lyme disease, but there are many other factors that must be taken into account. At Sponaugle Wellness Institute we test for 250 biochemicals, hormones, vitamins, and amino acids, and in our experience, there is always more than meets the eye. However, the Lyme disease correlation between neurodegenerative diseases is hard to ignore.

In 2003 a study done by Virginia Commonwealth University revealed that a 63-year-old male patient had Parkinson's disease and Lyme Disease. Aggressive treatment of antibiotics done by the Mayo Clinic produced extremely negative results - only further exacerbating the patient's symptoms. He then died shortly thereafter, and a full autopsy report confirmed the presence of the Lyme spirochete.

In a study done on ALS patients by Martin Atkinson-Barr Ph.D., since April 1999, 150 ALS patients have tested positive on one or more of the diagnostic tests used to indicate Lyme Disease. Is it ALS or Lyme Disease?

At the Department of Neuropathology in Lausanne, Switzerland, in 14 autopsy cases of confirmed Alzheimer's Disease, Lyme spirochetes were found in the blood and cerebrospinal fluid and, moreover, could be isolated from brain tissue. Thirteen age-matched control cases were without spirochetes.

The Parkinson's patients treated by Dr. Sponaugle have all had genetics for the COMT Val 158 Met enzyme polymorphism. The COMT gene is derived from a Valine - Methionine substitution at the 158 positions on the chromosome.

This gene produces an overactive COMT enzyme, the enzyme that metabolizes or "breaks down" dopamine in the nerve synapse, the region between two brain neurons. Patients with the "super" COMT enzyme, metabolize dopamine too quickly with a resultant reduction of dopamine activation throughout the brain. The prefrontal cortex and motor regions are particularly sensitive to dopamine deficiency.

Patients with both, genetics for a "super" COMT enzyme and concomitant Intestinal Dysbiosis can suffer severe dopamine deficiencies. Intestinal Dysbiosis, the overgrowth of pathogenic Candida Yeast and Bacteria, is becoming more common in American because our food, especially milk and poultry, has been heavily laden with antibiotics since World War II.

Gut Dysbiosis with associated inflammation of the intestinal lining of elderly Americans causes subsequent deficiencies of the amino acids, Phenylalanine and Tyrosine, which are precursors to the manufacturing of dopamine. Amino acid testing in all of Dr. Sponaugle's Parkinson's patients has demonstrated severe deficiencies of phenylalanine and tyrosine that rarely can be corrected with oral supplementation.

Tyrosine is also a necessary precursor for the manufacture of thyroid hormone, thyroid hormone must be at optimal levels to ensure dopamine receptivity. While Dr. Sponaugle has diagnosed COMT genetics and phenylalanine/tyrosine deficiencies in every Parkinson's patient he has treated, the majority of these patients were already taking L-Dopa medication when they came to Sponaugle Wellness Institute.

Without dopamine, the nerve cells in that part of the brain cannot properly send messages. This leads to the loss of muscle function. The damage will worsen with age, and a variety of medications can be prescribed to help cope with the disease.

All medications, however, only treat symptoms and fail to diagnose or treat the underlying cause of Parkinson's disease or any other neurodegenerative disease for that matter.

Howard is a 72-year-old retired Navy Physicist from Maryland who recently had a total reversal of his Parkinson's Disease within just four weeks of Dr. Sponaugle's Brain Wellness Program.

Howard's son, Steve, a high ranking intelligence officer in Washington, D.C., was the first nonfamily, Lyme patient treated at Sponaugle Wellness Institute in June of 2009. When Howard first came to Sponaugle Wellness, he suffered classical Parkinsonian tremors, shuffling of his feet, dyes-coordination, brain fog, depression, and memory loss. Sadly, a man with a genius IQ was now suffering from severely diminished mental cognition. After just four weeks of treatment, Howard had a complete reversal of his Parkinson's symptoms. 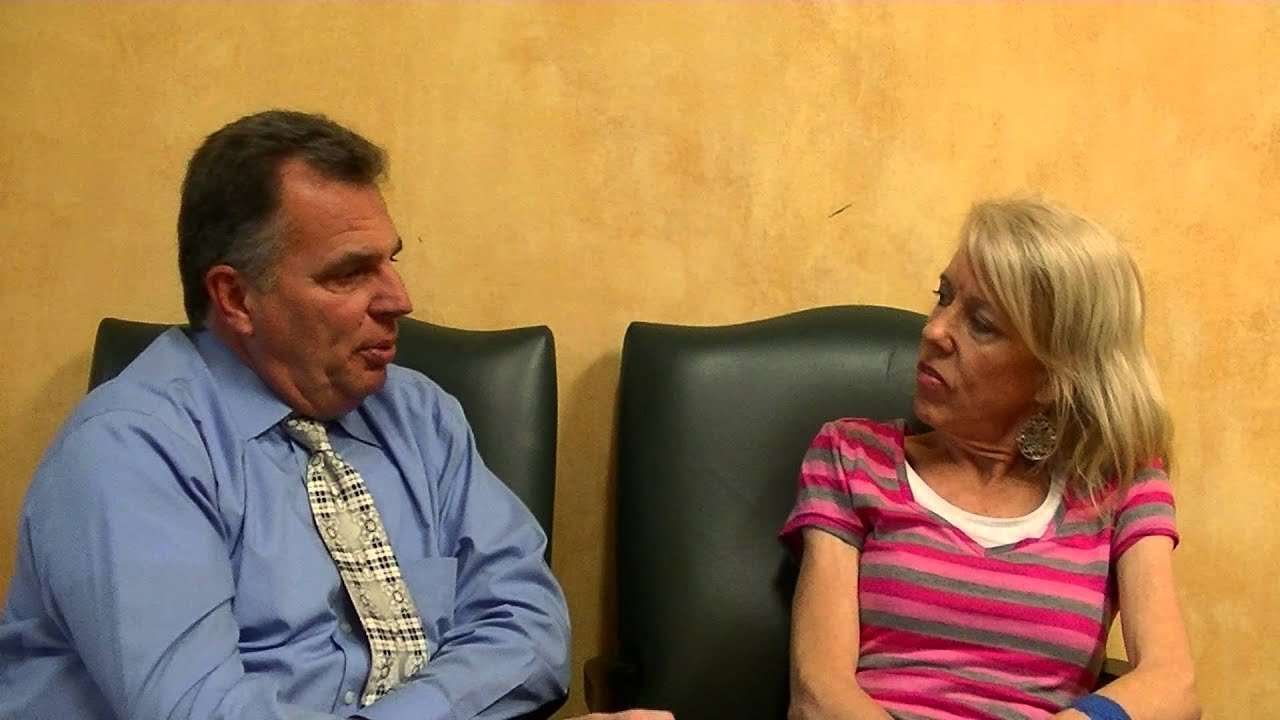 Nine years ago, Amy was diagnosed with Parkinson's disease. She credits the onset of her illness to her time spent assisting with humanitarian efforts in the aftermath of Hurricane Katrina. According to Amy, she was exposed to quite a lot of black mold at that time. In the space of a month, she had begun to experience profound neurological interferences in her ability to walk.

Eventually, Parkinsonian rigidity and episodic paralysis would cause her to be bedridden and in desperate need of help. After being unable to progress on traditional Parkinson's medications and with other integrative approaches, Amy tried Sponaugle Wellness Institute. Dr. Sponaugle's management of her excito-neurotoxicity allowed her to turn a corner and placed her on the path to progression that she was not finding elsewhere.

After being unable to progress on traditional Parkinson’s medications and with other integrative approaches, Amy tried Sponaugle Wellness Institute. Dr. Sponaugle’s management of her excito-neurotoxicity allowed her to turn a corner and placed her on the path to progression that she was not finding elsewhere.

Take a moment to watch these amazing stories of healing and know that we are always ready and eager to make a difference in your life or the life of a loved one who may be dealing with Parkinson's Disease.