The Problem: Chronic Systematic Inflammation throughout the body

Inflammation is a term that is tossed around a lot, but often misunderstood. When they hear the word “inflammation”, most people think of the very obvious inflammation or swelling they can see and feel when they are, for example, injured.

In the world of wellness and functional medicine, there is a broader general understanding of inflammation, and it is something of a dirty word. From the information that we gather online, we may know that it’s “bad’, or that it’s linked to chronic disease of all kinds, but we don’t necessarily know why, what that means, or what to do about it.

Inflammation is not inherently “bad”. When regulated and under control, it’s an essential component of immune system function, and necessary for fighting pathogens and healing from injuries.

Problems arise when inflammation is not regulated, not under control, when it becomes chronic and spreads throughout the body.

These days, it’s not uncommon to have multiple diagnoses of chronic illnesses. One person might have four “separate” conditions; for example, diabetes, high blood pressure, IBD, and asthma.

Inflammation is at the root of all of these conditions. But rather than identify this systemic inflammation as the underlying cause of the body’s state of disease, four separate specialists are likely to be treating each diagnosis as though it stands alone, and often prescribed medications that will reduce the symptoms or effects of inflammation within their designated part of the body, an approach that may provide symptom relief but that does not address the larger problem.

In functional medicine, we look at the body as a whole. Rather than simply asking “how can we reduce inflammation as it relates to this body part, symptom, or diagnosis” – a question that is still important – we want to dig deeper, and ask “why is there so much inflammation in the body, and what can we do about it?”.

Chronic disease is on the rise, and just about every chronic illness you can think of is linked to unruly inflammation, from heart disease and diabetes to depression and dementia. Inflammation is also linked to common, undiagnosed concerns like fatigue, brain fog, and digestive issues, and as we are seeing more and more of, histamine intolerance.

It’s not a coincidence that inflammation is behind an endless number of chronic diseases. Although genetics may play a role, generally speaking, we don’t just “get” chronic illnesses the way we might catch a virus or get food poisoning.

Let’s take a quick step back and look at what inflammation is, and why it exists. When the body encounters unwelcome invaders like viruses, infections, and toxins, white blood cells (including mast cells) release inflammatory chemicals in order to signal that there is a problem. Inflammation is also an important part of the healing response when we’re injured.

When you catch a virus, your body will release specific kinds of inflammatory messengers that travel throughout the body and create symptoms, from headaches to achy bones. It is not the virus itself that creates these symptoms, it is the inflammatory response. That’s why we find so much relief from NSAIDs (Non-Steroidal Anti-Inflammatory Drugs) like Advil. Similarly, when we have an allergy, it is not the allergen itself that is causing us to break out into hives or start sneezing, it is the inflammation that our bodies have created in response to the allergen.

Generally, when the problem has been addressed and cleared away, as in the case of a virus or an allergic reaction, the inflammation subsides and everything goes back to normal. The problem occurs, of course, when something is amiss and the inflammation does not subside. This often happens because of chronic, low-grade exposure to something that causes inflammation (toxins, foods one is sensitive to, a persistent low-grade infection, etc).

Identifying the Root Cause: What Causes Chronic Inflammation?

So, what causes chronic inflammation? Usually, it’s a combination of factors, many of them diet and lifestyle related. Causes and contributing factors can include a poor diet or unrecognized food sensitivities including gluten or casein, exposure to toxins, nutritional deficiencies, the use of certain kinds of medications, chronic stress, insufficient exercise, insufficient sleep, low-grade infections, and gut imbalances, to name a few.

Inflammation is complex, and the specific factors that contribute to the problem are unique to each individual. So in addition to identifying a state of chronic inflammation as a problem, we have to work to understand which factors are contributing to an individual’s inflammatory state, which is done with the help of specialized testing, and comprehensive reviews of health history, diet, and lifestyle.

There are lab tests available for inflammatory markers, including C-Reactive Protein (CRP), which can confirm that inflammation is elevated, but there is still more digging to do in order to figure out why. There are a number of specialized tests we use in functional medicine to look for things like gut imbalances, micronutrient deficiencies, and food sensitivities, which can help to identify where things are going wrong and what we need to do next.

A hidden food sensitivity or nutritional deficiency can end up being the primary factor when it comes to a state of chronic inflammation and disease. 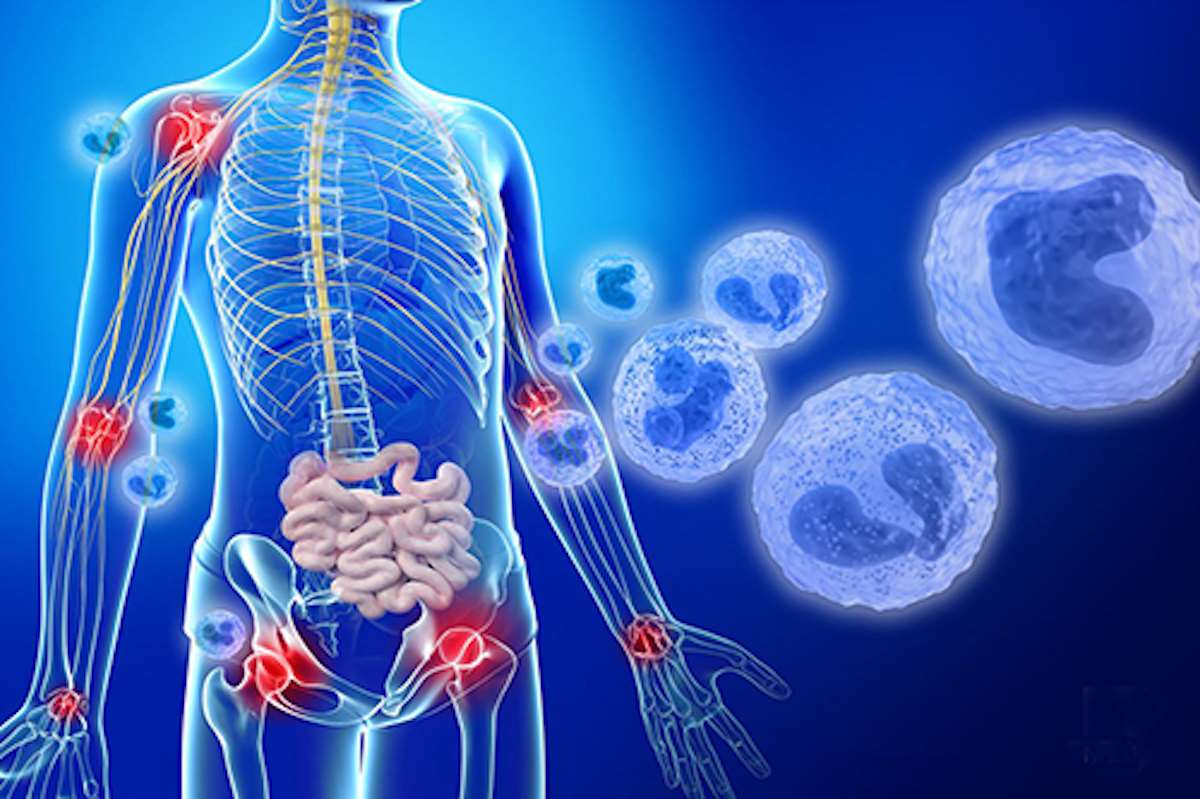 What Is Brain Inflammation and What Effect Does it Have on Health?

Inflammation is an immune system response to injury, infections, toxins, and irritants. It happens when white blood cells are sent to the part of the body that is ‘under attack’ or injured in order to defend and repair it.

Normally, inflammation subsides over time, such as once the infection or toxin is cleared out of the body. However, when the body is chronically exposed to and continuously dealing with stressors such as toxic black mold exposure, and active infections such as Lyme Disease or Epstein-Barr Virus, the inflammation can continue for an undefined period of time.

When a part of the body is inflamed, such as in the case of autoimmune or gastrointestinal disorders, certain kinds of molecules including cytokines and histamine are released. These inflammatory molecules can go on to provoke inflammation in the brain.

Inflammation in the brain may show up in various ways, such as:

Longer term, chronic inflammation of the brain may eventually lead to degenerative diseases such as Alzheimer’s, Parkinson’s, and dementia (1).

There is also a link between brain inflammation and psychiatric disorders (2). Inflammation in the brain may cause chemical imbalances which manifest as psychiatric symptoms such as chronic depression.

For example, when the cells in the brain are in distress, they release inflammatory cytokines that in turn disrupt the production of serotonin, a neurotransmitter that is correlated with mental well-being.